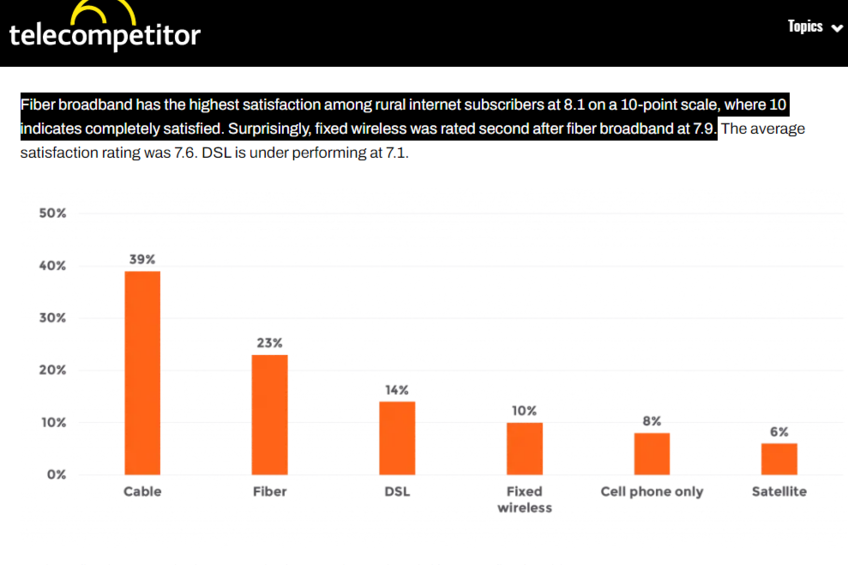 The 6th Annual Rural Video and Broadband Industry Study from Pivot Group also found that cable broadband penetration leads all access technologies in rural America at 39%. DSL ranked at 14%, followed by fixed wireless at 10% and satellite broadband at 6%. Roughly 8% of rural households are using their cell phone plan for internet access.

Rural fiber penetration now stands at 23%, according to a study conducted by Pivot Group (parent company of Telecompetitor) and sponsored by Innovative Systems.

Fiber broadband has the highest satisfaction among rural internet subscribers at 8.1 on a 10-point scale, where 10 indicates completely satisfied. Surprisingly, fixed wireless was rated second after fiber broadband at 7.9.

Full article is available on telecompetitor.com

Gears Guy is the moniker for the Admin account. This is the account under which we publish the bulk of our articles. We can only say that someone posted this- a human, not a robot.

This thread has been closed from taking new comments.

Latest from the Blog